In Disney’s film interpretation of “The Jungle Book” By Rudyard Kipling, Kaa the snake hypnotizes Mowgli with his enchanting gaze so the large serpent can eat the boy. Though this isn’t the most realistic hunting method, some snakes are very highly vision oriented. In species such as Mambas, Cobras, Garter Snakes and Rat Snakes, their eyes are well developed for hunting in broad daylight. Their round pupils are great for absorbing the bright colors of daytime, and are keyed into very subtle movements. 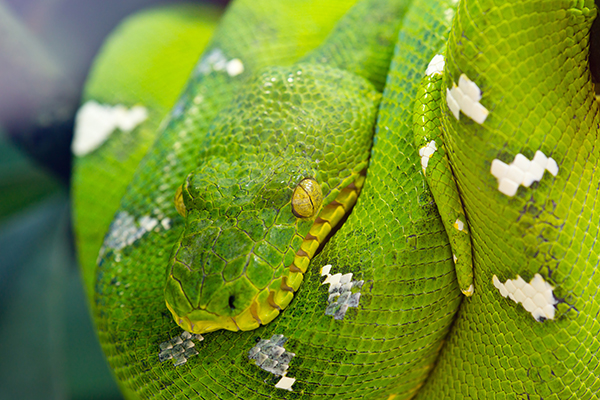 Vision is an important sense for any species, but what happens when a Snake’s eyes aren’t its most reliable hunting tool? For large pythons and boas, heat plays an immensely important factor when hunting. These large and powerful constrictors are ambush predators, meaning their most reliable hunting method is sleeping. Snakes don’t have eyelids- instead, they have a clear, convex scale covering their eyes called a “spectacle,” like natural contact lenses. When one of these large ambush hunters feels hungry, they will coil into a tight striking position, rest their head on their back and lie perfectly still, waiting for something tasty to stumble by. They’re not using their eyes to hunt though. They’re using a set of highly specialized organs on their upper and lower lips called infrared sensors or heat pits. When potential prey comes close, their heat pits pick up the radiating heat off of the other animal. The snake will then come out of its resting state, and flick its tongue to determine what has drawn near. They don’t use their eyes when hunting, only those neat little pits on their lips!

So what about when snakes go blind?

Every snake goes through a shedding cycle in which a layer of oil builds up between the old skin they will soon discard, and the brand new skin that they will eventually grow out of. During this process, this layer of oil will build up between the old and new spectacles as well, rendering the snake temporarily blind. Snakes are normally much more seclusive when they’ve “gone blue” (also known as going opaque), and are likely to strike out against handlers, which they perceive as potential predators. A day or so before they shed their skin, this oil clears up, leaving behind a thin and slippery layer to make shedding a breeze.

In captivity, improper humidity levels will dry this oil up too fast, which is the primary cause of incomplete sheds. When a snake fails to shed properly, the fragments of skin left behind can lead to a buildup of bacteria, which can lead to scale rot. Unshed spectacles are also a huge hazard. This bacteria can lead to severe eye infections and may render the snake permanently blind, or may even cost the snake its eyes.

Now, what if a snake is born without eyes? 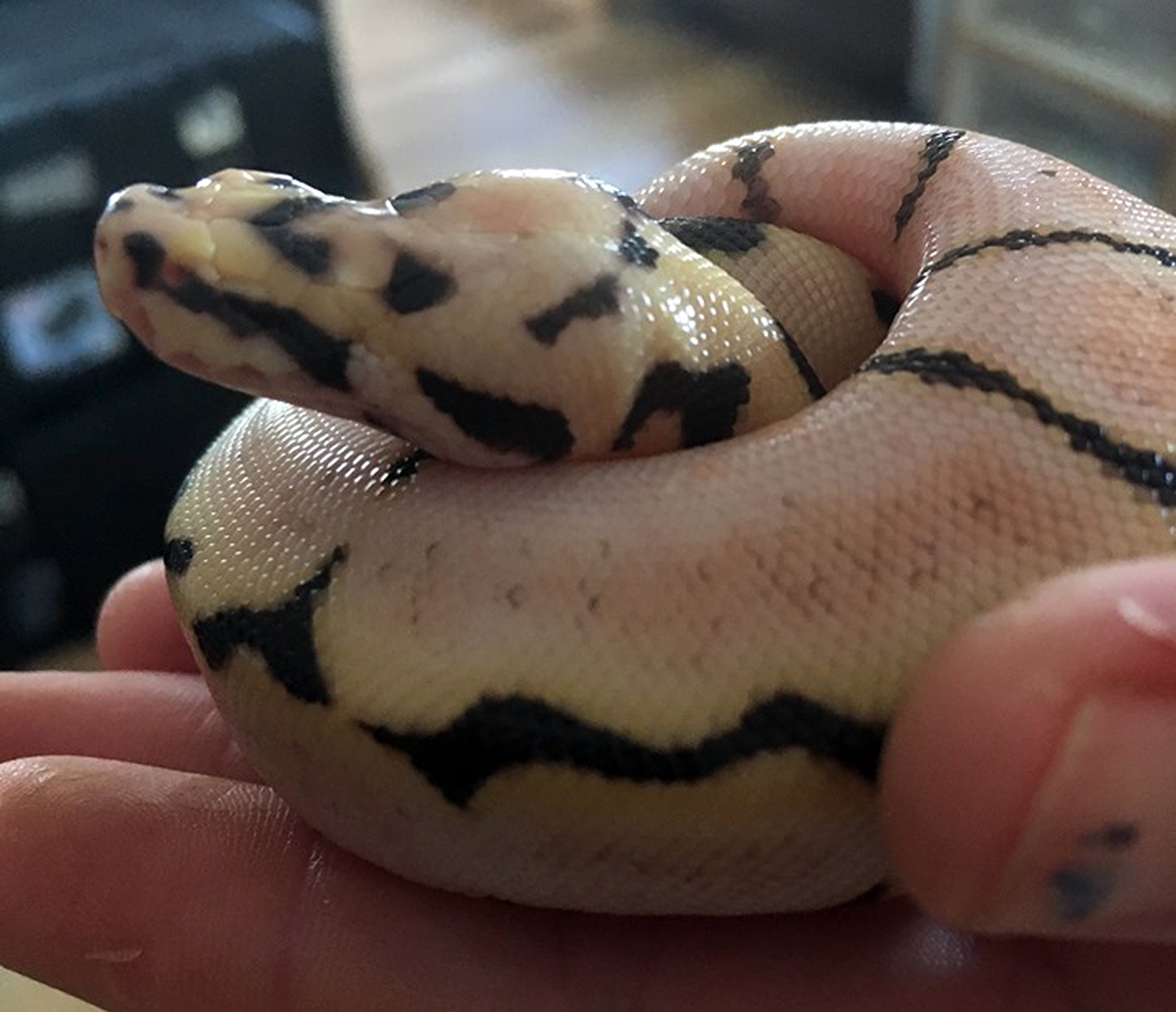 For pythons with this unusual defect, being blind isn’t that much of a drawback. Pythons normally don’t rely very heavily on their eyes in the first place, so the lifestyle of a python without eyes is very similar if not identical to a sighted python.

Omen is a Calico Bumblebee Vanilla (Calibee Vanilla) Ball Python who was hatched without eyes. She is a very easygoing and confident 6-month-old python and her lifestyle is no different to any of the other Ball Pythons in our collection. She is just as easy to handle as our other pythons, and when she strikes at her food she never misses. We hope to have Omen with us for a very long time to be another great ambassador for our scaly friends, and we know that she’s living her best life, despite her lack of sight.

Learn more about Omen and all of our other unique and amazing animals, book a show today! 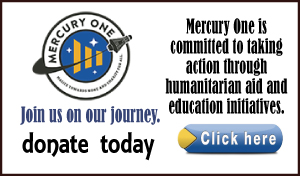